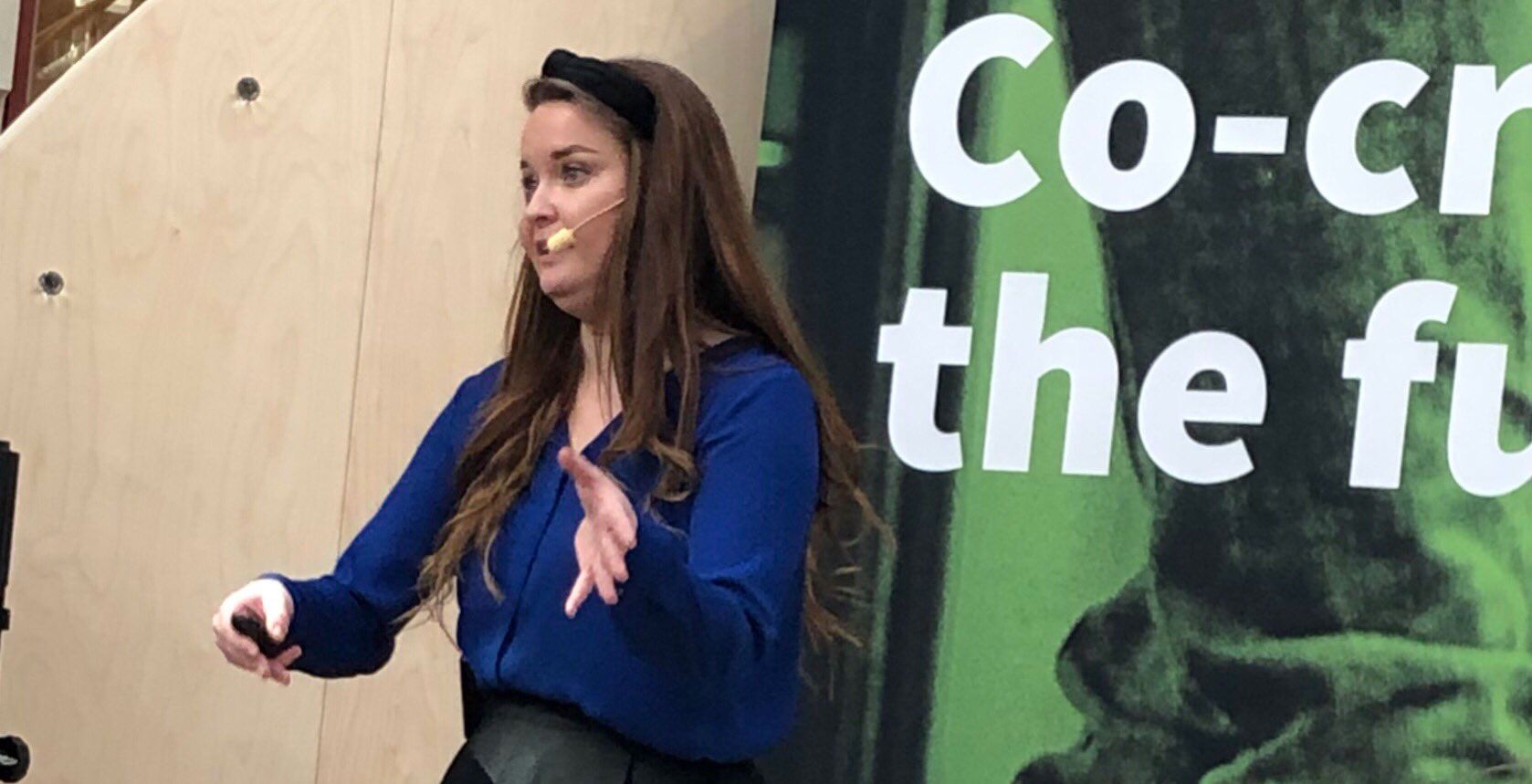 How to attract and retain female tech talents

Women-led startups received just 2,3% of the global Venture Capital funding in 2020. That is a decrease from the year before. Haven’t we come further?

According to an American report produced by Accenture and Girls who code, women hold merely 16% of engineering roles and 27% of computing roles while being 45% more likely to leave a tech role. In addition, around half of all women who take on a job in the tech industry will drop it before turning 35, compared to one out of five in other types of jobs.

In short – the tech industry is a notorious gentleman’s club, and according to Harvard Business Review, male leaders outnumber women by four to one.

So we’re not there yet. At Oddwork we’re not, and chances are neither are you.

Are tech designs male by default?

There are consequences of the lack of female participation in tech and innovation processes. Here are some examples from a study conducted in 2016:

We need to change to attract, recruit and retain female tech talents

Malin Frithiofsson – author, speaker, president of the board of Women in Tech Gothenburg and Program Manager for Startup Norway – joined us in the third edition of Employer Branding Talks. Did you miss it? – Re-watch the entire talk here. We asked Malin some of our most pressing question:

How equal is the tech industry today?

What are the risks of an unequal tech industry?

The risks of an unequal tech industry are monumental. I usually compare it to people practising medicine, see all doctors take the Hippocratic oath – a set of global ethical vows to which they as a profession shall adhere. They take this oath because it’s in the nature of their work to interfere in complex systems with uncertain outcomes and wield great influence over other people’s lives.

I want to argue that the same is true for people working in technology – we also interfere in complex systems with uncertain outcomes, and we also wield a lot of power over other people’s lives. Talented engineers and entrepreneurs will decide many things in the future (and already now) that impact a vast majority of people. How we communicate, how we shop, how we work etc. We’ve seen repeatedly that the lack of perspective within the tech industry has led to an array of products and services designing out women and other minorities. The more we lean on technologies in our daily lives, the more critical it becomes that those technologies are designed equally.

What would you say is the most significant obstacle for females in the tech industry today? Is it even possible to boil it down to a single problem?

I’m not sure it’s possible to boil it down to just one problem. Still, if I were to try, I would say that the biggest obstacle for women in this industry today is the same problem that is true for women in all facets of their career and even their personal lives; we are perceived differently than men for the same behaviours.

1. Accept that you’re not a meritocracy

The first thing I always tell companies looking to start their equality work is to accept that their company isn’t a meritocracy and that they are not gender blind. Sometimes I even make them say it out loud because I need them to truly understand the reality of the fact.

It’s not to put them down but rather to have them starting their work for a place of honesty because everyone has bias. Biases are natural – I have a bias – you have a bias – and believing yourself to be unbiased correlates to showing more bias in your decisions, according to several studies.

And it’s only when you accept that you have a bias that you will begin to implement structures to stop that bias from influencing your business decision making.

So, begin by stating the problem: that your company isn’t a meritocracy and that you are not gender blind – then you can start thinking of ways to mitigate the risks of that problem.

Secondly, I would formalise hiring and promoting criteria clearly and extensively. See, studies show that we tend to justify our business decision making post-hoc, meaning that we’ll make a biased decision and then explain it after the fact. So, for instance, if you have two candidates where the woman has more work experience, but the man has higher education – you would hire the man and say that it was because he had higher education. And if it were the opposite, you’d hire the man and say it was because he had more work experience. Suppose you formalise your hiring criteria beforehand, stating that work experience should be premiered over education. In that case, you’ll close the post-hoc justification option for yourself and force yourself to make an unbiased decision.

Thirdly, I would implement a reverse mentoring program where junior women and other minorities get direct access to management and where their experiences are treated as assets. It should not just be informal meetings because then the power dynamics are off. It should be reverse mentoring, where the junior personnel are the mentors and the manager is the mentee – i.e. there to listen and learn.

I would also put in place some hard policies: always 50/50 gender ratio in decision making organs – always having at least one female and one male final candidate for every job opening (if not, I wouldn’t think we’ve actually made the best selection – and why wouldn’t you want to make the best choice possible?).

I would add watchers to any job interview, making sure not to allow confirmation bias to get the best of you – and I would work hard to democratise data on both hiring and promotions. Biased business decision making thrives in the dark, but it’s tough to keep it up once the data you’re making your decisions on are made transparent.

I would also start conducting special exit interviews with women and minorities leaving the company – no one can be as honest as on their way out.

Lastly, what should the result of an equal tech industry be?

The result would be a lot of uncomfortable realisations and discussions, as it should be. There is a reason why the status quo is what it is = because it’s easy. And especially because it’s easy for those currently in power. We might say that everyone benefits from equality, but I think that’s oversimplifying things to make them more attractive to pursue. The truth is that for every more competent woman being overlooked for a job or promotion, a less qualified man gets it. Achieving true equality and equal distribution of power means that some people will have to give some of it up – I don’t think that they’ll like it.

Then we kind of get to the core of the issue: today, we’re mainly talking about achieving equality, whilst the real problem is, do we want to? Because I actually think that we don’t. If we truly, truly, wanted equality – we would have it.

There isn’t any natural law stopping us from having equality; we are the ones that created and continue to uphold these structures of inequality – and the reason is that those currently in power benefit from inequality. It’s not in their self-interest that men and women be treated equally because they would be outmatched if we were.

So, for any company out there continuously saying that you want equality in your business – why don’t you have it? That is the real question that I’d like to leave with the audience. 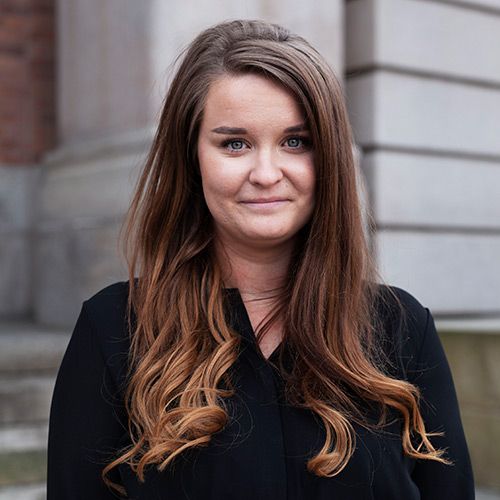 Malin Frithiofsson is the President of the board of Women in Tech Gothenburg and one of the most influential change-makers for women in tech in Europe. As well to being a program manager for Startup Norway, she’s an author and a well-renowned speaker with the motto; always be loud on what’s important. 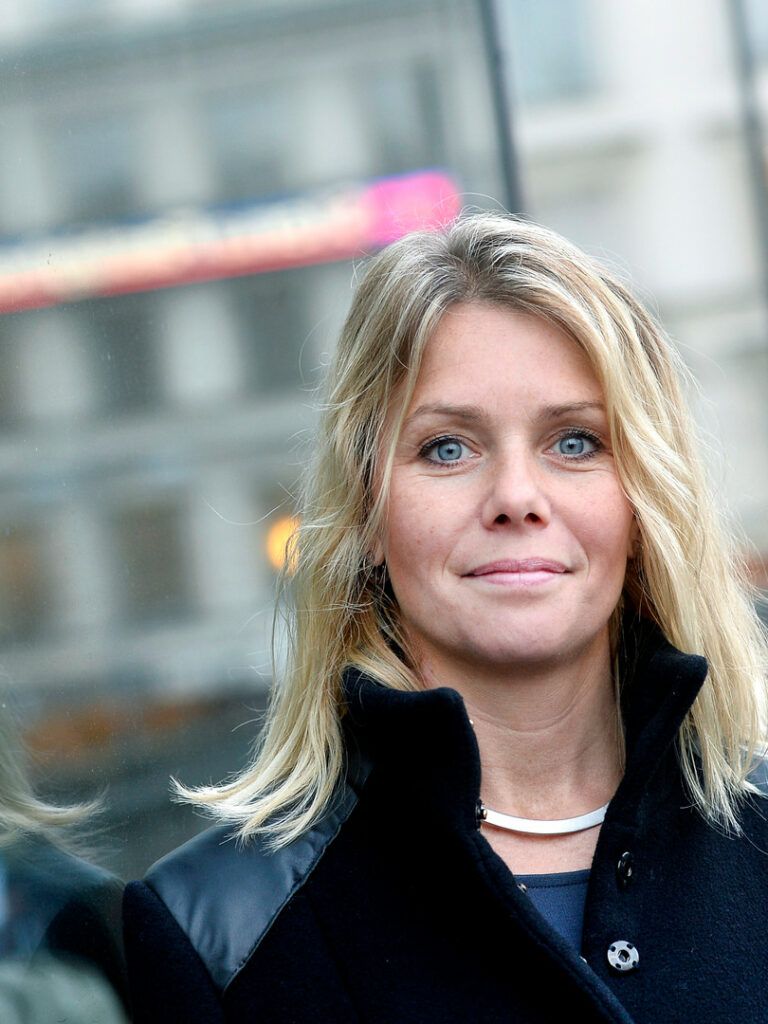 To lead with love in the Gig economy

This site is registered on wpml.org as a development site.